2018 Legislative Session wraps up on March 3

On March 3, the Senate and House jointly declared sine die, or the end of the 79th legislative session. In an unusual turn, the session ended a full week before the constitutional deadline. This session the legislature discussed housing, guns, cap and trade, and changes to the federal tax code, among a host of other issues. In addition, the legislature, through the Joint Committee on Ways and Means, made midcourse adjustments to the state budget, including additional funding for the Oregon Judicial Department and the Public Defense Services Commission.

During the January Organizational Days, the Oregon Judicial Department made a presentation to the Public Safety Subcommittee (of the Joint Committee on Ways and Means) on its budgetary shortfall for the 2017–2019 biennium. In that presentation, the department requested $5.3 million to cover some of the costs of core services such as centralized administrative operations and department-wide expenses. The department warned that failing to provide adequate funding could result in some combination of staff layoffs, mandatory furlough days, and full-day court closures.

In the last days of session, the Joint Ways and Means Committee provided the Oregon Judicial Department with an additional $2.38 million for operations in HB 5201, approximately half of what the department requested. In addition, the department’s decision to no longer provide the “pick-up” for the employee pension contributions, as well as the carryforward of funds from the prior biennium, should provide sufficient funding for the remainder of the biennium.

Over the last several years, the Oregon Judicial Department has requested a pay increase for their judges. This session, the Judicial Branch submitted HB 4096 which would have increased the majority of judicial salaries on an annual basis in 2018, 2019, and 2020. While HB 4096 did not pass, at the end of session the legislature approved a $5,000 increase for Oregon judges in HB 5201 to begin on July 1, 2018.

During the 2018 legislative session, the legislature continued its support of the Task Force and provided the Public Defense Services Commission with $1.34 million for parent child representation in HB 5201.

HB 4095 – Establishes privilege for communications with a lawyer referral service. Passed the Legislature and signed by the Governor.

HB 4134 – Provides specific procedure for petitioning for removal of personally discriminatory restrictions from title of real property. Passed the Legislature. Awaiting signature by the Governor.

HB 4149 – Prohibits a prosecuting attorney from conditioning a plea offer on a requirement that the defendant or defense attorney stipulate to the unconstitutionality of an existing law. Provides that a prohibited provision in plea agreement is void and unenforceable. Prohibits a court from conditioning the defendant’s release on waiver of the defendant’s appearance in person at trial and prohibits a release agreement from containing such a condition. Passed the Legislature. Awaiting signature by the Governor.

Former legislator and mayor of Portland, Vera Katz, passed away on December 11, 2017. She was first elected to the House of Representatives in 1972 and was the first woman to serve as the chair of the Joint Ways and Means Committee in 1977 and the first woman to serve as the Speaker of the House in 1985. On February 27, HCR 213 was passed by the legislature in commemoration of her years of service to Oregon.

Vera Katz not only served in the legislature, in 1992 she became Portland’s mayor and served three terms in that position. As mayor, she championed public transportation and the development of the city.

Bob Jenson, who was first elected to the House of Representatives in 1998 and served through 2015, passed away in January. On February 1, House Concurrent Resolution HCR 212 was passed by the legislature in commemoration of his years of service to Oregonians.

Section and Committee Proposals for 2019 Legislature due April 2

Proposals from sections and committees are commonly referred to as law improvement legislation which includes proposals to clarify statutory ambiguities, to modify unforeseen “glitches” in major legislation passed in previous sessions, and to codify case law as necessary. In order to ensure that groups are able to devote adequate time to the bills they propose, each bar group may propose no more than three law improvement bills. Public Affairs staff provide lobbying assistance to section and committee members for law improvement proposals.

On May 2, the Public Affairs Committee will host a legislative forum at which bar groups that have proposed legislation will have an opportunity to present their proposals and stakeholders will have an opportunity to comment. This program facilitates greater awareness of the contents of the bar’s proposed legislative package as well as highlights issue areas of concern that may need to be addressed. The Public Affairs Committee will take these comments into account when deciding whether to recommend to the Board of Governors approval of bar sponsorship of the proposed legislative concepts.

On February 22, the Oregon State Bar Board of Governors hosted the annual President’s Reception at the Willamette Heritage Center in Salem. The reception, held every February in conjunction with a Board of Governors meeting in Salem, provides an opportunity for practitioners, judges, legislators, and bar leadership to discuss many of the issues that are affecting the practice of law and the judiciary. In addition, Bar President Vanessa Nordyke and Chief Justice Tom Balmer spoke briefly about the successful implementation of Oregon eCourt and recognized Mark Comstock, Doug Bray, Lisa Norris-Lampe, Dave Factor, Bryant Baehr, and Phil Lemman for their work on the Oregon State Bar/Oregon Judicial Department eCourt Implementation Task Force. 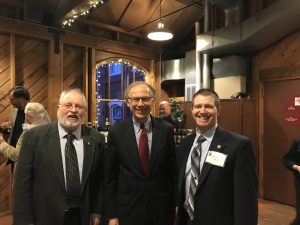 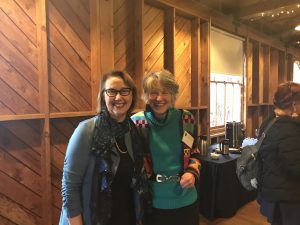 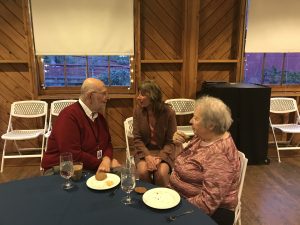 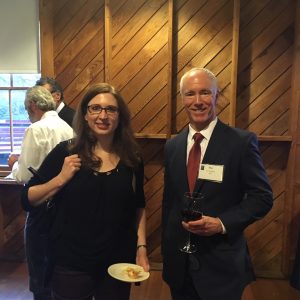 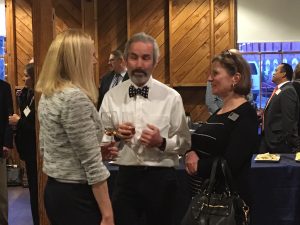 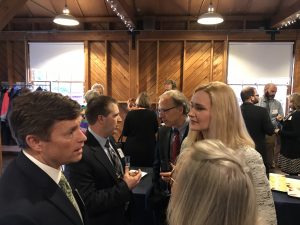