This legislative session House Speaker Tina Kotek (D-North Portland) introduced House Bill 4004, which increases the Public Defense Service Commission (PDSC) membership from seven to nine members and modifies the experience necessary to serve on the commission. In addition, the bill includes language in response to concerns raised by a 2019 report published by the Sixth Amendment Center.

On the first day of the legislative session, the House Judiciary Committee heard testimony in support of the bill from representatives of the Public Defense Services Commission, the Oregon Criminal Defense Lawyers Association, and AFSCME Council 75, among others. The Oregon State Bar submitted a letter in support of the concept and the need to respond to the issues raised in the Six Amendment Center Report regarding attorney caseloads and the flat fee contract system. On February 7, 2020, the bill moved out of committee with a unanimous vote and on February 11, 2020 passed the House 57-2 with one excused. The bill will now move to the Senate for consideration.

In the coming weeks the Joint Committee on Ways and Means will have the opportunity to consider additional funding for the PDSC. At the end of the 2019 legislative session, the legislature earmarked up to $20 million for public defense services that may be appropriated during the 2020 legislative session.

House Bill 4142 – Current law requires the OJD to charge a minimum $50 fee to set up a payment plan for individuals who are unable to pay their court fees in full. HB 4142 removes the minimum amount from the statute and allows the chief justice to authorize or direct courts to waive or suspend fees. The bill received a public hearing on February 10, 2020, moved out of the committee on February 12, 2020, and is on its way to the House floor.

Senate Bill 1575 – In 2019, the Oregon Legislature passed SB 24 that updated how the courts addressed defendants who are unable to aid and assist with their defense. SB 1575 is follow-up legislation that provides clarity regarding when and how a criminal defendant may be referred to the Oregon State Hospital. The bill received a public hearing on February 10, 2020, unanimously moved out of the committee on February 11, 2020 with the adoption of the -2 amendments, and is on its way to the Senate floor.

Senate Bill 1576 – Judicial Marshals are currently one of the few public law-enforcement officers who do not qualify for membership in the Public Employees Retirement System (PERS). SB 1576 would close this statutory loophole and ensure that Judicial Marshalls may join PERS. The bill moved out of the Senate Judiciary Committee on February 10, 2020, and passed out of the Senate with a 28-0 vote with 2 excused.

SB 1540 – Requires certain persons that service student loans in this state to obtain or renew license.

Board of Governors Host Reception for Legislators, Judges, and Attorneys in Salem

On February 6, 2020, OSB President Liani Reeves, in conjunction with the Oregon Supreme Court’s Council on Inclusion and Fairness, hosted a reception at the Salem Convention Center. Chief Justice Martha Walters, Liani Reeves and Justice Adrianne Nelson, council chair, welcomed the attendees and spoke briefly about the work of the Bar and the work of the council. Over the course of the evening, legislators, the Attorney General, members of the Oregon Supreme Court, Salem attorneys, and members of the OSB Board of Governors had the opportunity to discuss the current legislative session, learn more about the Bar’s legislative priorities, and hear from legislators about their proposed legislation.

Thank you to everyone who attended and made the evening a success! 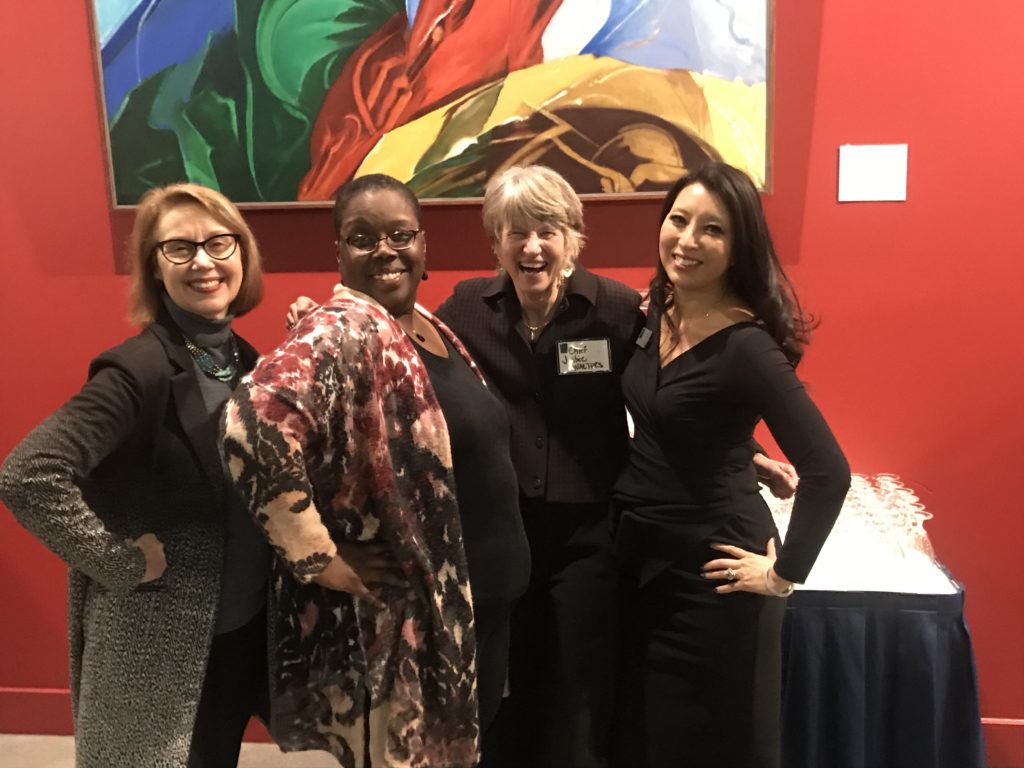 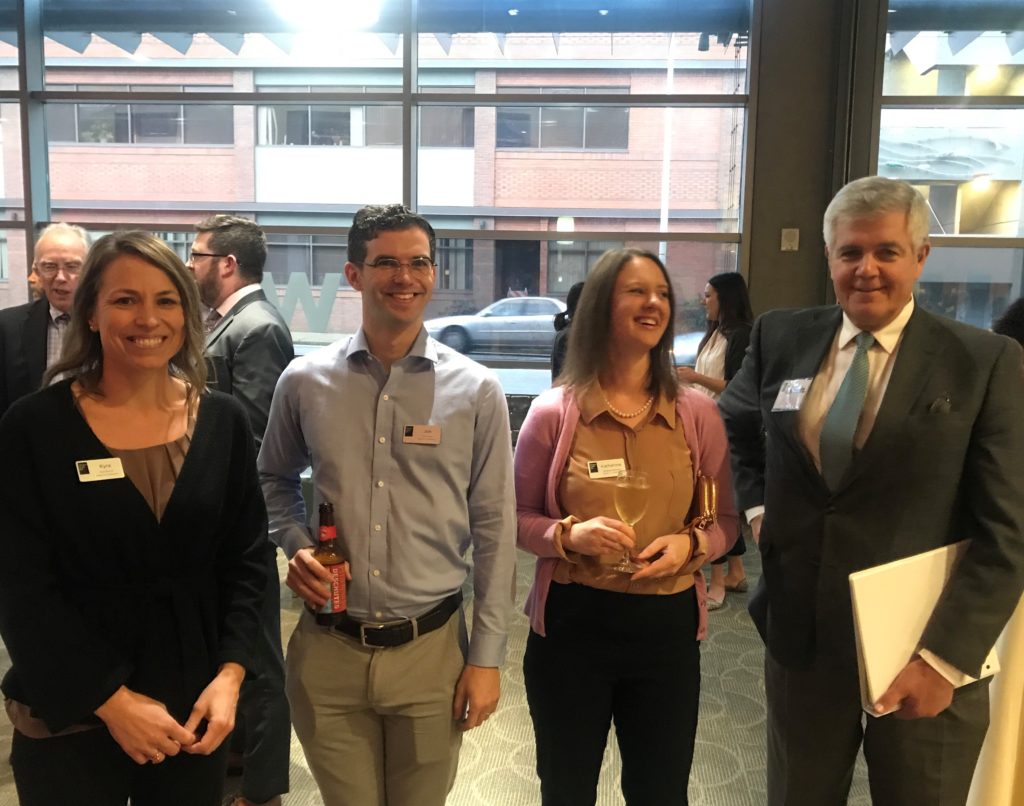 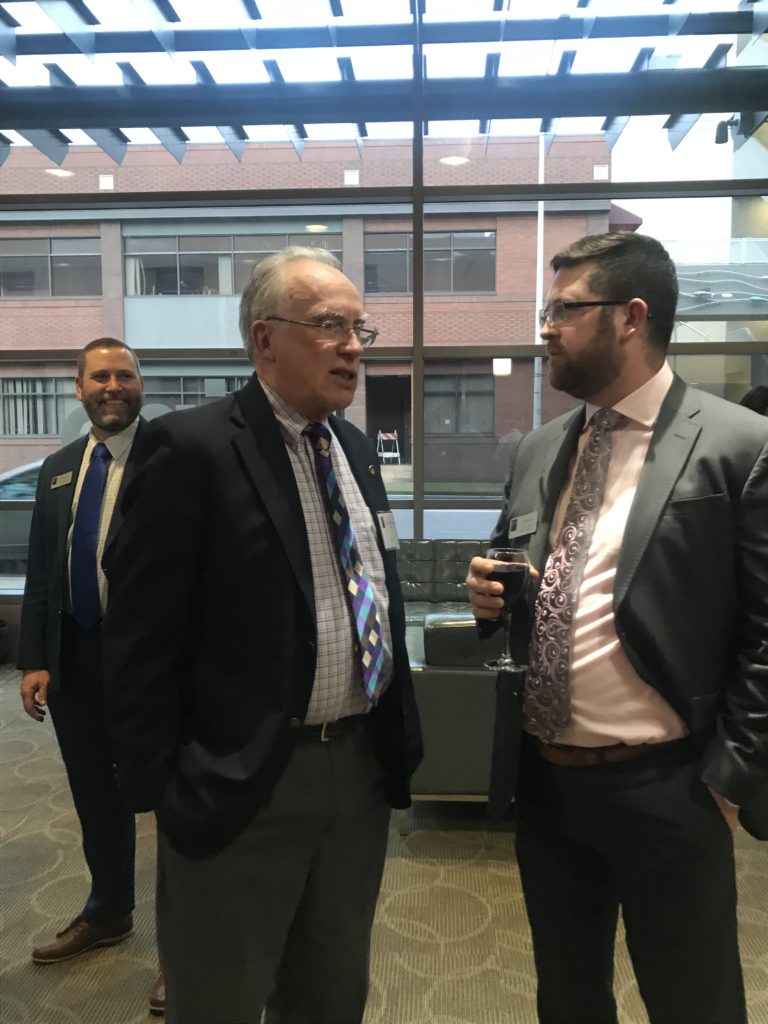 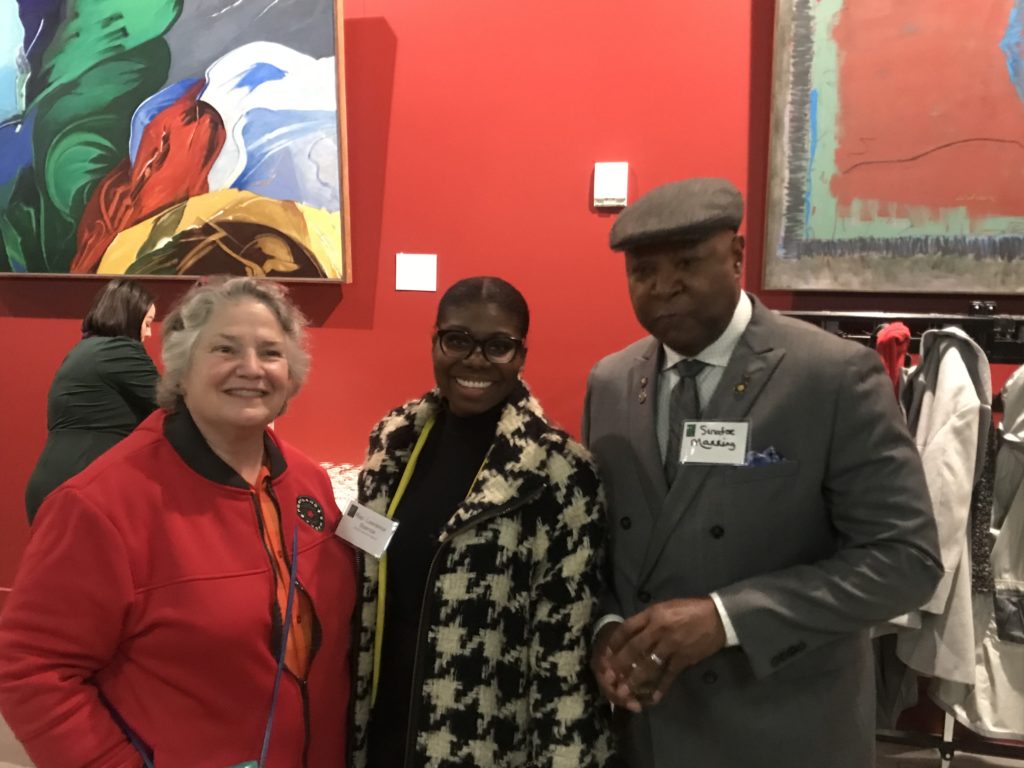 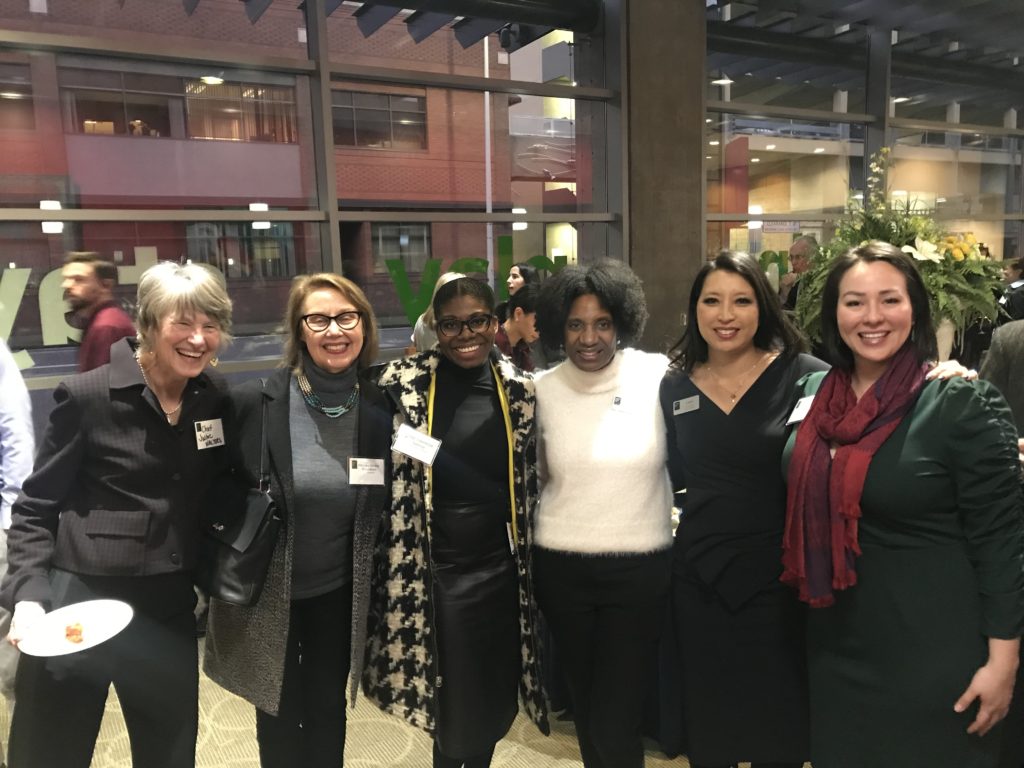 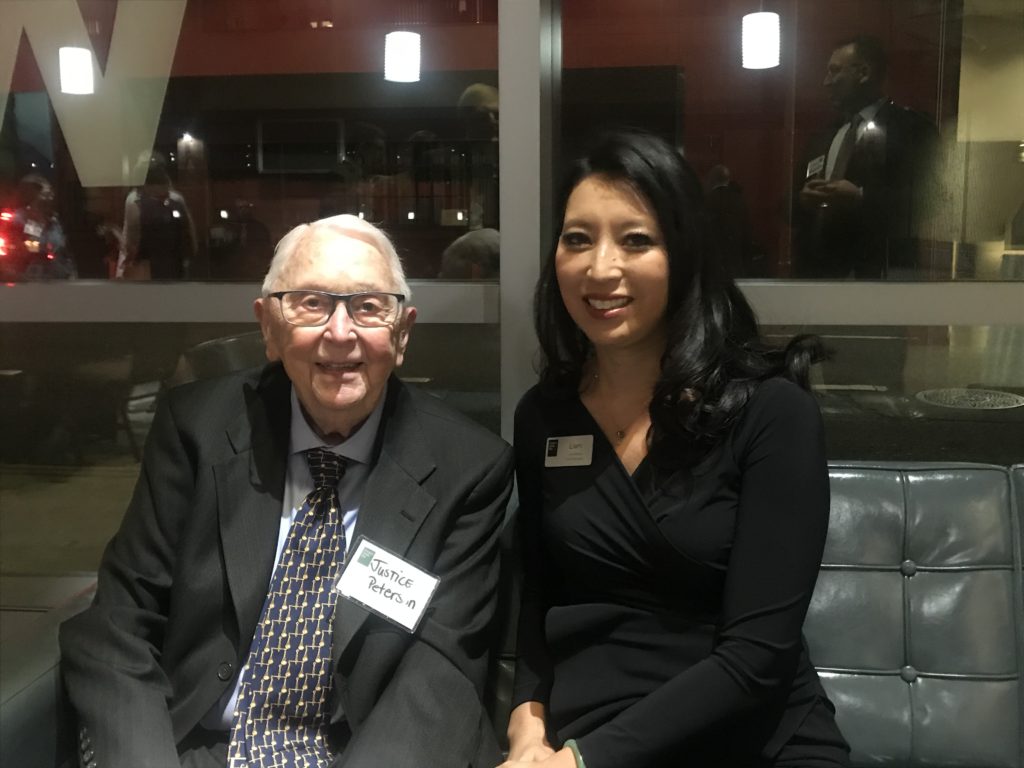 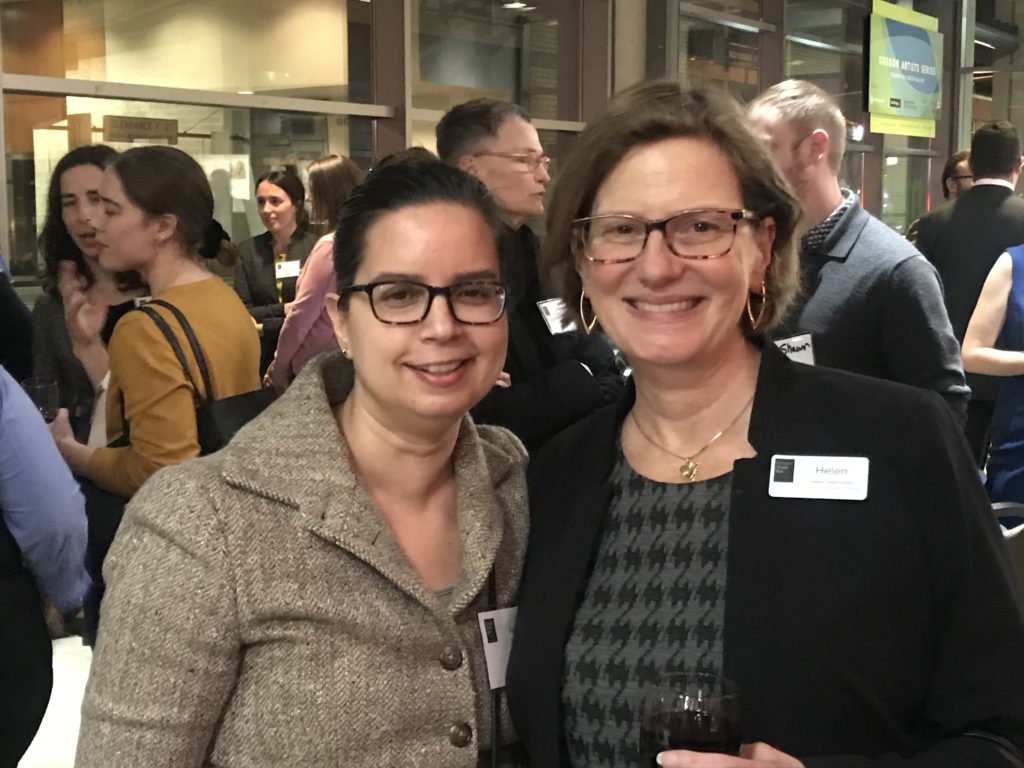 Board of Governors Legislative Breakfast Hosts Chief Justice and Legislators

On February 7, 2020, the OSB Board of Governors hosted Chief Justice Martha Walters and legislators at a legislative breakfast. Over the course of the morning the chief justice discussed the Oregon Judicial Department’s (OJD) 2020 proposed legislation as well as the the Department’s newly completed Strategic Plan. The strategic is made up of four key commitments, including:

1) Join with community partners to improve services and outcomes for people who are underserved, vulnerable, or marginalized; and develop effective, supportive, and creative solutions to respond to their legal needs

3) Enhance the public’s trust and confidence in Oregon’s state government, including the judicial branch, by listening and responding to the needs of those we serve; holding ourselves to high standards; and communicating the role of our courts in providing justice for all.

4) Create a workplace and courthouse culture that is supportive, inclusive, welcoming, and affirming; that embraces diversity; and where all people can thrive and are treated with respect and dignity.

Thank you to everyone who attended! 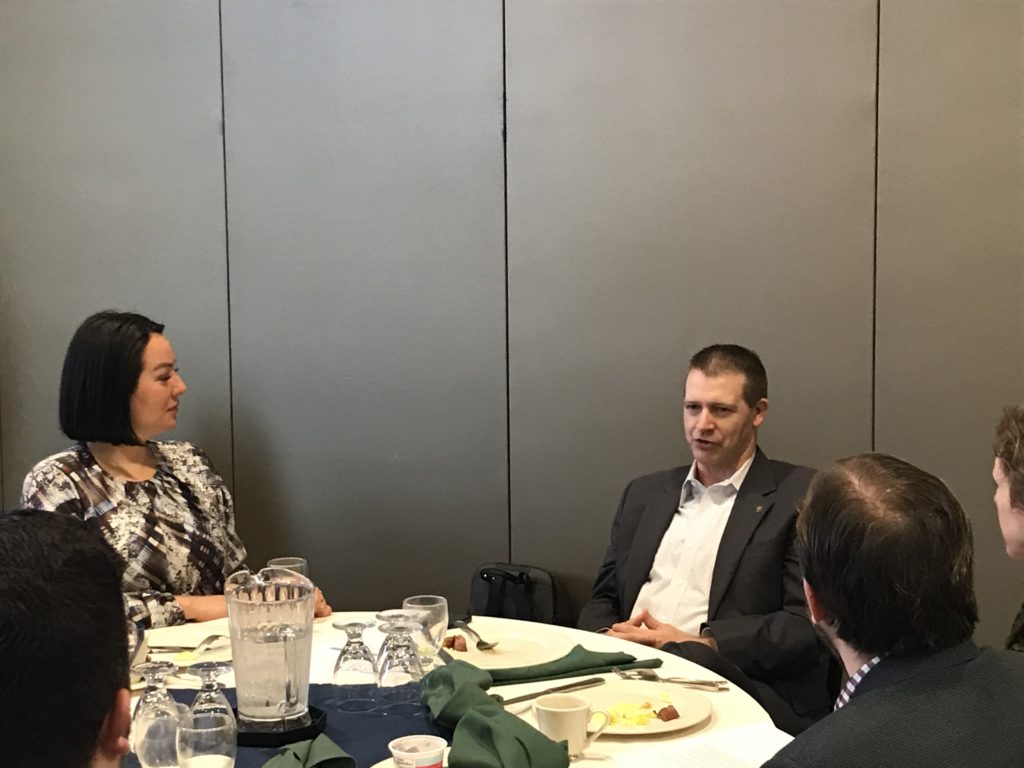 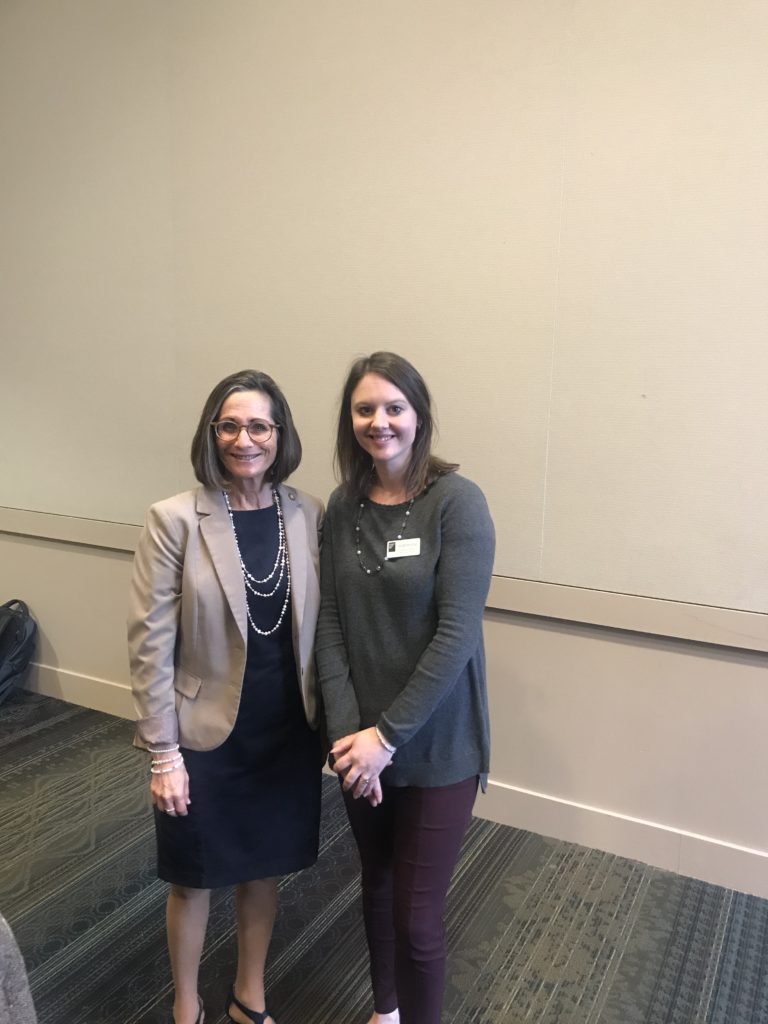